Get Your Read On! 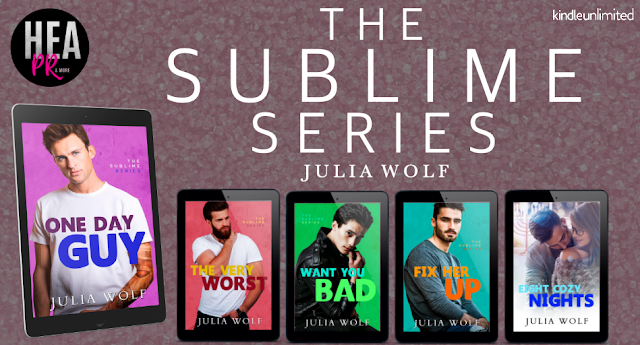 One Day Guy, Book One: mybook.to/OneDayGuy

Fix Her Up ,Book Four: mybook.to/FixHerUp

Add the series to your TBR today!
https://www.goodreads.com/series/247843-the-sublime 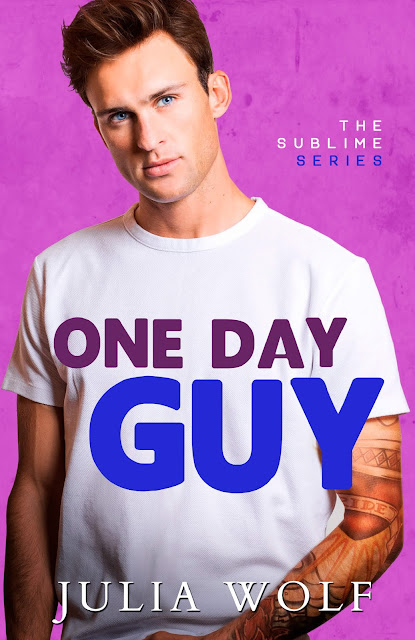 Check out this excerpt from One Day Guy, Book One:

“Rachel?”
Joe Silver looked directly at me for the first time in over a decade, astonishment written all over his older, more chiseled face.
“Hi, Joe.” My voice wavered slightly. More than slightly. The two words I said came out sounding like they had eight syllables each.
God, he was tall. When I knew him, he’d been lanky, but now, in his thirties, he’d filled out in all the right places. For just a moment, I let myself take him in. His dark hair was freshly cut, giving him an almost boyish look. But he was no boy. His face was a contrast of sharp angles and soft places. His wide mouth was plush, and his grey-blue eyes were still so easy to fall into.
He was stunning.
I was stunned.
I scanned up and down the sidewalk for Frannie, but that rat must have already scurried to her car. She was in big trouble for putting me in this situation.
Joe stepped forward, his familiar eyes roaming my face. Then he blasted me with a wide smile, making my knees weak from the sheer force of it.
“Rachel,” he repeated, this time a statement instead of a question.
He laughed, and before I knew what was happening, he threw his tattooed arms around me. Moving of their own volition, my arms circled his narrow waist and I laid my head on his chest. I had no earthly explanation for my actions. Sure, he was my teenage crush, but this man was a stranger to me now, and I was basically snuggling with him.
We stood like that for a few seconds—not nearly long enough—before I pulled back, feeling untethered and tongue-tied. He ran his hand through his hair. “I can’t believe you’re here, just standing on the sidewalk.”
I glanced in the direction Frannie had gone. “I was hiking with my friend. I…I’m heading home now.” I nodded as though I agreed with what I was saying. My body screamed, No, what are you doing? Why are you trying to leave this beautiful man? But my heart yelled, Run, Rachel, get out while I’m still mostly intact!
He touched my arm. “Hey, wait. You’re really leaving?”
I tried my hardest to act indifferent, my battered heart having won the fight today. “It was so great seeing you!” I sounded a hell of a lot more cheerful than I felt. “Maybe we’ll run into each other around town again.”
I didn’t think of myself as a coward—not until that moment. When I took off down the hill at full speed, away from Joe, away from my salon, and far, far away from the house I’d always dreamed of, I wasn’t proud. I was good at sticking things out even when I shouldn’t, good at making things work even when they were beyond repair, but today, I had taken the easy way out and made a run for it to spare my heart from any more bruises.
One-Click Today!

One Day Guy, Book One: mybook.to/OneDayGuy

Fix Her Up ,Book Four: mybook.to/FixHerUp 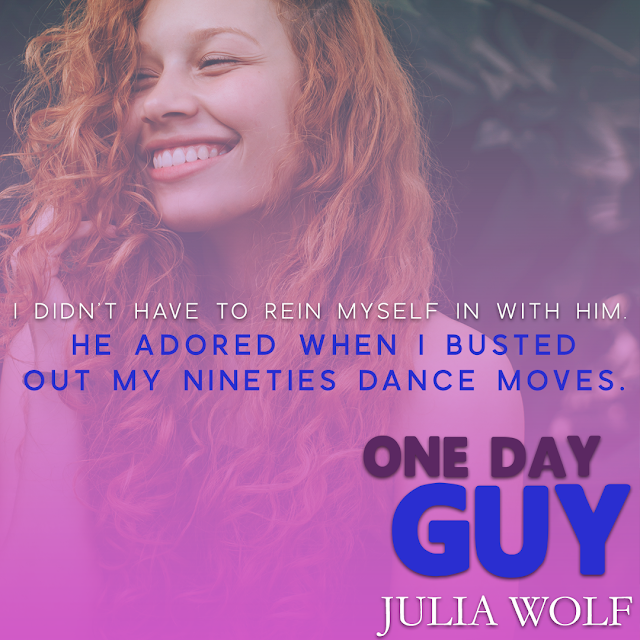 MEET THE AUTHOR:
As a little girl, I watched my mom read her Harlequin romance novels and always wondered what was so fascinating about them. When I grew up and finally read my first romance, my first reaction was “Oh!” followed by a “Ooooooh!”. A romance reader was born!
And now I create my own love stories. I like taking the everyday and injecting a whole lot of swoon into it. Who doesn’t want that?
Most of my books take place in and around Baltimore. It’s what i know, and it’s an area I love. I like to mix in a little bit of big city with my small town.
When I’m not writing, I’m momming my three crazy, beautiful kids. Although according to them, I’m always writing!
Visit her at: http://www.juliawolfwrites.com/
FACEBOOK AUTHOR PAGE | TWITTER
INSTAGRAM | GOODREADS | AMAZON | NEWSLETTER

« Charleigh Rose Tell Me Pretty Lies Teaser!
Rina Kent Dual Cover Reveal All The Lies AND All The Truths! »

All opinions and reviews on this website are solely the opinions of Jenerated Reviews. Any content provided by site is their opinion, and not intended in anyway to malign any religion, ethnic group, club, organization, book, author, publisher, company, individual or anyone or anything.

This website claims no credit for any images posted to it unless otherwise indicated. Images on this site are copyright to their respectful owners. If there are any images on this site that belong to you and you do not wish for them to appear on this website please E-Mail with a link to said image and it will be removed promptly.